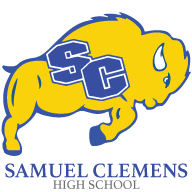 Mr. Serrato is a native of the Rio Grande Valley where he graduated from Rio Grande City High School. He then attended Texas State University (formerly known as Southwest Texas State University) and earned his Bachelor's of Music degree. His teaching career started in Comal ISD at Spring Branch Middle School where he student taught in the fall of 1999. Having taught at several schools in Comal ISD, he was then hired at Schertz-Cibolo-Universal City ISD as the band director of the Ray D. Corbett Junior High Mustang Band and was a part of the Corbett Junior High family since the fall of 2005. Mr. Serrato joined the Samuel Clemens Band staff in the summer 2011 when the opportunity presented itself. Mr. Serrato is married to his wonderful wife Cheryl and has two wonderful kids, Minerva and Manuel.