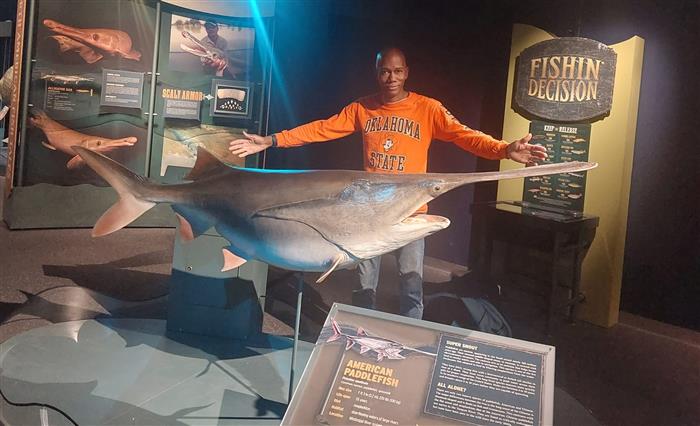 A native of Lawton, Oklahoma, Mr. Brown is a graduate of Cameron University where he earned a Bachelor's of Science Degree in Biology with minors in Chemistry and Music Education. He went on to pursue graduate study in Zoology at Oklahoma State University, while working as a park naturalist at Lake Murray State Park and later as a fisheries research biologist with the Oklahoma Coop Fish and Wildlife Research Unit at Oklahoma State, where he researched the population ecology of flathead catfish. He's been a science educator since 2001, and a noted ichthyologist whose research on the Channel Darter was cited in the book "Fishes of Oklahoma" (Miller and Robinson, 2004). When he's not teaching, Mr. Brown spends his time fishing, studying ichthyology, playing the saxophone with various music groups in the San Antonio area and in his church, and spending time with his wife Naomi and their two sons.

If you are having trouble viewing the document, you may download the document.
Copyright © 2002-2023 Blackboard, Inc. All rights reserved.