Deanna Jackson has been named the Director of Communications & Community Engagement. SCUC ISD Trustees approved the recommendation at the regular meeting held on November 16th. Mrs. Jackson, who has been serving as principal at Max & Lutrell Watts Elementary School since February of 2017, will assume her new role on January 3, 2022. She attended SCUC ISD schools and is a graduate of Samuel Clemens School.

“I've had the pleasure of experiencing SCUC through a variety of perspectives: student, teacher, administrator, and a parent,” Jackson said. “The people in this district are and have always been hardworking, committed, and passionate about giving their very best to our students. The opportunity to tell the story of the district that had a hand in raising me is a blessing.”

Jackson received her bachelor’s degree in Mass Communications from Midwestern State University. She served as a news reporter in Wichita Falls, before assuming a public relations position for State Farm. That work with the State Farm Foundation gave Jackson an opportunity to be in schools on a regular basis, which she credits with spurring her to consider education as a lifelong profession. Jackson became a communications teacher at Nimitz High School in 2004, and then spent four years teaching in Georgia following her husband’s job promotion. She returned to SCUC in 2010 as a 2nd grade teacher at Schertz Elementary. A Master’s degree in Educational Leadership from Lamar University and vice-principal position at Paschal Elementary School soon followed, which she held until being named principal at Watts ES. Jackson was named Vice-Principal of the Year at the 2015 Commitment to Excellence Awards program.

Deanna has been married to her husband, Germont, for 18 years and they are proud parents to a kindergartener, Jaise, a 5th grader, Jordan, and a freshman, Jaiden. On the weekends, you'll find them both on the sidelines of a football field or basketball court cheering on or coaching their boys.

Jackson is thrilled about the opportunity to promote SCUC ISD and to foster greater engagement with community members as the district continues to build upon its rich history and educational excellence. She does, however, understand how bittersweet it will be to leave her students and fellow educators at Watts Elementary School.

“My time at Watts has been one of pure joy. It's a very special place for a multitude of reasons, and I'm grateful to continue to be connected to this incredible school through my kindergarten son.” 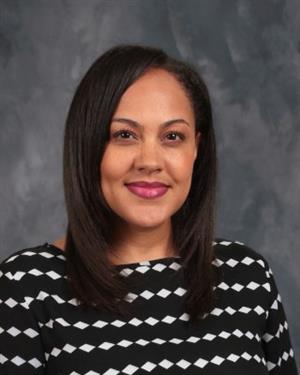