The TASB Buyboard Local Government Purchasing Cooperative includes school districts, cities, counties, and other governmental entities throughout Texas. Many cooperatives charge an administrative fee to save members time and money as they perform the bidding process for members.  The TASB Buyboard however one of few who actually vote annually to return a portion of funds received back to their members, as allowed under Texas Statutes and Board policy the District participates in cooperative purchasing when appropriate. Over $9.1 million was returned to members this year in the form of rebates. 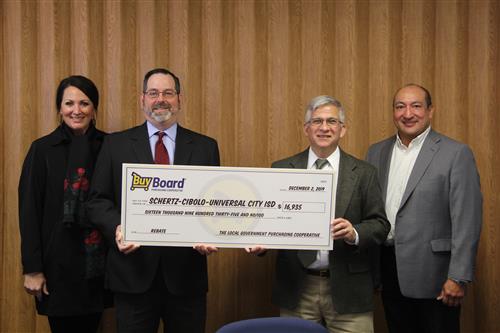